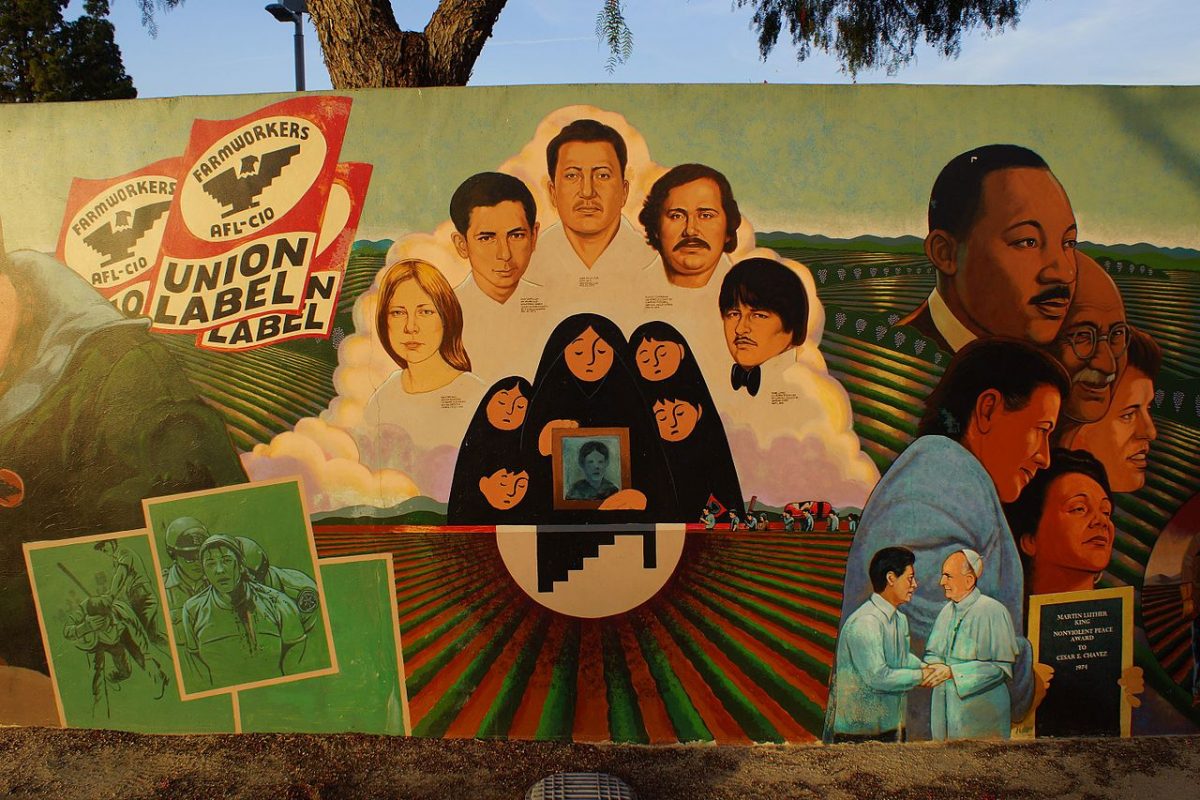 To celebrate Cesar Chavez Day a couple years ago, I developed a vegan tamale workshop that explores social justice along the food chain. As participants cook together, we discuss the issues faced by various demographics and anchor them in the different components of the tamales, e.g. masa=farmers and relleno=farm workers.

Conversations on food justice often focus on one group, like farmworkers and low-income consumers, so this approach allows to build on the pre-existing knowledge of participants and to expand their understanding of our food system. We stress the interconnectedness of the issues facing everyone along the food chain, and by extension, the common solutions and the need for a radical approach in working towards social justice.

Participants also get to cook and eat vegan tamales, which seems to be the main draw. Whether they care about animals or their health, veganizing tamales is something that people get excited about. And what we show them is that we are not creating a novel dish but rather a more traditional, pre-Columbian one. As we peel away past European influences, we see how they echo the very changes happening today through forced migration and the corporatization and Americanization of Mexican food systems.

This workshop has been a perfect Cesar Chavez Day celebration, as we wanted to include animals in our consideration of those suffering in our food system. Cesar Chavez was a Mexican-American farm worker and a labor and civil rights organizer. After his death in 1993, he became a major American icon. Cesar Chavez Day became a national holiday (San Francisco has a yearly Cesar Chavez Day parade) and a movie was even made about his life. Sadly and predictably, most accounts fail to mention that he was a vegan and a strong advocate for nonhuman animals. At a farm conference in 1996, United Farm Workers president Arturo Rodriguez said “Cesar took genuine pride in producing numerous converts to vegetarianism over the decades. You’re looking at one of them. He felt so strongly about it that sometimes I think he took as much personal satisfaction from converting people to vegetarianism as he did to trade unionism.”

It is not always clear from accounts whether Cesar Chavez was vegetarian or fully vegan. Chema Hernández Gil, who teaches the vegan tamale workshop with me, met Cesar Chavez’s niece last year; she confirmed that her uncle was vegan and told Chema that Cesar Chavez was so passionate about animal rights that when people would eat meat in his presence, he would make animal noises to unsettle them.

The past two years, we partnered with non-vegans in organizing this workshop, and seeing their openness to a vegan message has been heartening. Next month we will present this workshop (slightly modified as it will be a demo) at UCLA. This time, a vegan professor invited us. I don’t know whether many of her colleagues are vegan, but the workshop has elicited wide support. I look forward to learning about the interests of students and faculty and connecting these with Seed the Commons’ perspectives on decolonization, radical food activism and animal liberation.

If you’re in SoCal, don’t miss it! Find out more.