This blog is a project of Nassim Nobari; writer, speaker and organizer.

In 2009, I started a PhD in social psychology that would explore various issues around the globalization of milk consumption through school milk programs. Sadly, as my life brought me to the US from Switzerland, I never completed that project. In 2009 I also co-founded Seed the Commons, an organization that works towards social change through the promotion of food systems that are just, sustainable and independent of animal exploitation. While my PhD had not survived the move to San Francisco, Seed the Commons became an increasingly important part of my life.

A central focus of Seed the Commons is to fight the corporate takeover of food systems, and what better example of corporate power than the dairy industry peddling its products and changing food cultures globally through publicly-funded food assistance programs? I decided to bring back my milk project, this time in the fold of my work with Seed the Commons.

In 2015, I organized the first People’s Harvest Forum, where I spoke about the dairy industry on a panel on how the food industry forges food cultures. In 2016, I went to Mexico to resume my research on milk and that’s when I started this blog. Upon my return to the US, I continued to speak about school milk programs and the globalization of dairy at numerous events and venues. In 2017, Seed the Commons launched the #GetMilkOut campaign at a World School Milk Day Counter-Celebration. This corpus of work has been crucial in spreading awareness on the role of school milk programs in promoting dairy consumption and the dietary racism inherent to these programs, and it has inspired many others to work on these issues and start similar campaigns.

The main reason behind the creation of Seed the Commons was to do something about the promotion of animal agriculture and delegitimization of veganism that came from the increased popularity of the food movement. Our approach was revolutionary in that we promoted radical food politics while working within a vegan ethic. Unlike most animal rights activists, we did not promote veganism as a “solution”, instead it delineated the parameters within which we discussed solutions. In other words, we set out to act as though veganism were already normative. This approach was informed by two decades of veganism, and of special significance were my experiences in radical circles and listening to what ex-vegans had to say (as well as some self-analysis as a brief ex-vegan myself!).

The first People’s Harvest Forum was a conference on radical food politics that applied this principle. As far as I am aware, it was the first and remains the only event of the sort – a conference on radical or progressive causes other than animal rights – to have adopted veganism as normative. It was also the first time that veganic growers had the stage to be the voice of sustainability and food system change. In a context in which the food movement increasingly spread the myth that ecological farming necessarily included animal exploitation, we propelled the concept of veganic farming into the public. Many attendants heard of veganic farming for the first time, and from there, we continued to build its visibility, organize and create platforms for veganic farmers, and promote a different way of doing sustainabitity. I’ve also spoken extensively about the reasons for the promotion of animal agriculture in the environmental & food movements, in particular bringing attention to the issues surrounding the regenerative grazing trend.

My work has been key in building a movement for veganic farming, countering the myths of small-scale animal agriculture while popularizing veganics to a wider audience, and bringing a focus to food systems and alternatives to animal agriculture to the animal rights movement. Because while it’s great to oppose animal exploitation, we need to have a vision for the world we want to build post-animal liberation.

The topics covered here touch upon social movements, corporate power, animal rights, social norms, food cultures, dominant influence and minority change. And more! A common underlying thread is the attempt to understand the mechanisms by which social systems maintain the status quo. Hopefully, this can lead to the weak spots – the crack in the system where one can initiate change.

I am interested in food systems because of their centrality to so many human (and other) matters. My principal focus has been the dairy industry and the increasing consumption of milk around the world. The globalization of milk consumption is a fascinating example of a food industry mushrooming new markets, forging the cultural changes in habits and norms that consolidate their profits, and tapping into Eurocentrism to do so. From analysis of ads to the role of food aid, I will write about the building blocks of this global process.

A Crack in the System also focuses on veganism and animal liberation as a movement that aims to change social norms. This is because I care deeply about animal liberation, but also because it is a prime prism to look at the dynamics in struggles around social norms and change. Over the years, observing the evolving ways in which people react to and dismiss veganism has also been a starting point to think about the values, beliefs and ideals that are common to social groups at a given time.

Finally, I have gained a minor level of infamy for writing about feminist issues on this blog. As the trans/gender identity movement gained steam, I became increasingly alarmed at the threat it represented to women’s rights and perhaps even more so at the dogmatism, irrationality and underlying sexism of those who support it. I have long been fascinated by the ways in which opinion is manufactured and manipulated, and seeing the ease with which “progressives” have embraced a regressive ideology has been nothing short of terrifying. My intellectual curiosity and commitment to justice both bring me back to this topic every so often. I can’t not speak up. 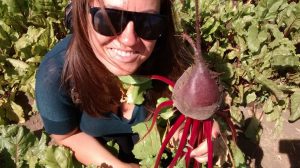 Contact me at nassim (a) crackinthesystem.org for speaking or writing engagements.

Make a one-time or recurring donation through Paypal or Ko-fi.